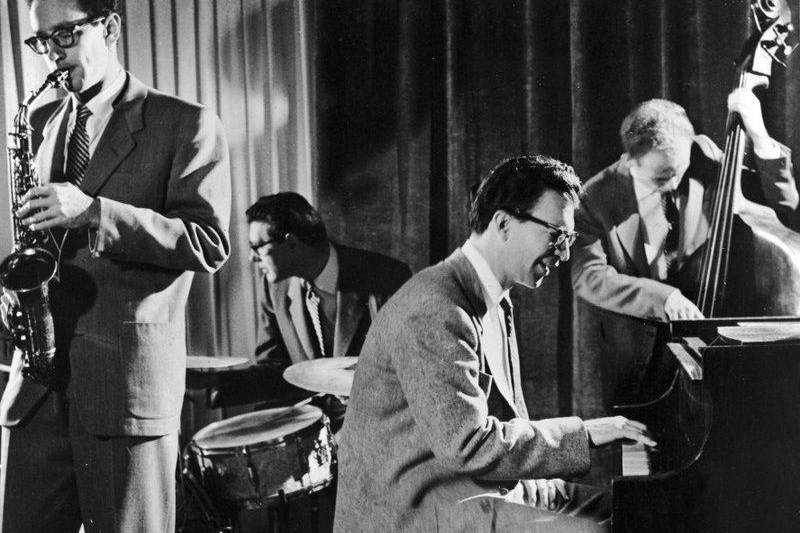 The Concord Jazz Festival started as a small outdoor music event in a city park during the summer of 1969 and has grown into one of the premier jazz events in the country. After a 15-year hiatus, the festival returned in 2019 to celebrate its 50th anniversary and drew some of the biggest names in jazz to the 12,500-seat Concord Pavilion.

According to Concord Jazz Festival historian Ellen Herdegen, the idea to start a jazz festival in Concord came from a local visionary, Carl Jefferson, a Lincoln/Mercury auto dealer. He was a loyal jazz fan and an avid collector, but he wanted to go beyond simply collecting records. He envisioned bringing a cultural event to the city by transforming a local summer fair into a top showcase for jazz music.

“Carl Jefferson was just a regular guy who got very involved in the community,” said Herdegen. "He wanted something cultural for Concord, so he got his buddies who owned businesses in town, city council, and the mayor together to put the first summer festival at a park.”

The first summer music showcase was called the “Jazz in the Park Festival,” and it was held at an undeveloped 8-acre field next to Concord High School. More than 17,000 jazz enthusiasts attended the first year, and the list of performers did not disappoint. Spectators enjoyed music from Vince Guaraldi, Stan Kenton, Jean Luc Ponty, Carmen McRae, Don Ellis, Mel Torme, and the Buddy Rich Band.

Six years after the first festival, Jefferson started a record label aptly named after the city that supported his enthusiasm—the venerable Concord Jazz Records. The internationally recognized label became known for the style called straight-ahead jazz, and it offered many of Jefferson’s favorite musicians an outlet for recording. After the successful launch of the record label, he moved his attention to finding a permanent facility to hold the annual festival.

Jefferson persuaded Concord city officials to support the funding to build an outdoor summer concert amphitheater. And on May 16, 1975, sitting on the eastern edge of Concord, the Concord Pavilion officially opened with a benefit concert featuring world-renowned jazz singer Sarah Vaughan and conductor Henry Mancini. The $4.5-million venue was built on land donated by homebuilder Ken Hofmann, and it was designed by architect Frank Gehry.

“I feel really fortunate to have had a front-row seat to watch Carl Jefferson, and others involved, make things happen,” Herdegen said. “Watching this evolve from an idea to a record company, and then a summer festival. (It shows) the power of one person—and that we all can make things happen if you put your mind to it.”

The 50th-anniversary festival in 2019 featured a diverse all-star lineup with some of the biggest contemporary names in jazz. Featured artists included the first jazz artist to win in the Best New Artist Grammy category, bassist Esperanza Spalding, along with Chick Corea’s Spanish Heart Band, and the legendary Count Basie Orchestra.

Wednesday, August 4: Guitar virtuoso Jinx Jones is the perfect choice to start this year’s festival. The one-time side man to the great Chuck Berry performs his style of jazz live at The Veranda as part of The Veranda Unplugged. Showtime is 6pm to 7:30pm. This event is FREE to the public!

Thursday, August 5: A tribute to the legacy of jazz in Concord happens on the Main Stage at Music & Market in beautiful Todos Santos Plaza. The tribute will be followed by the night’s performers The Big Jangle, Tom Petty Tribute Band. Showtime is 6:30pm to 8pm. This event is FREE to the public!

Saturday, August 7: Visit Concord welcomes you to a special event at the Concord Visitor Center where you can listen to the summer sounds of Concord's true aficionado of jazz, Dave Brubeck, while taking in the center and shopping Concord merchandise. Event is 12pm to 4pm. Admission is FREE and includes a 2021 reusable cold cup (while supplies last).

Sunday, August 8: Take in a “throwback” Java & Jazz event with the Concord Historical Society featuring the Matt Zebley Jazz Quartet at Galindo Home and Gardens. CHS will have plenty of iced tea and iced coffee to cool down on a hot day. Your $15 ticket includes a collectible hot/cold cup with unlimited pours (while supplies last) and, of course, plenty of cool jazz. All proceeds benefit the Concord Historical Society! Event is 1pm to 4pm.

Are you visiting Concord or welcoming visitors here? Be sure to stop by the Concord Visitor Center in located at 2151 Salvio Street, Suite T, in Todos Santos Plaza. We are ready to help with free advice, maps, guides, brochures, Concord merchandise and more. Go to Visit Concord for more information on these events and more.