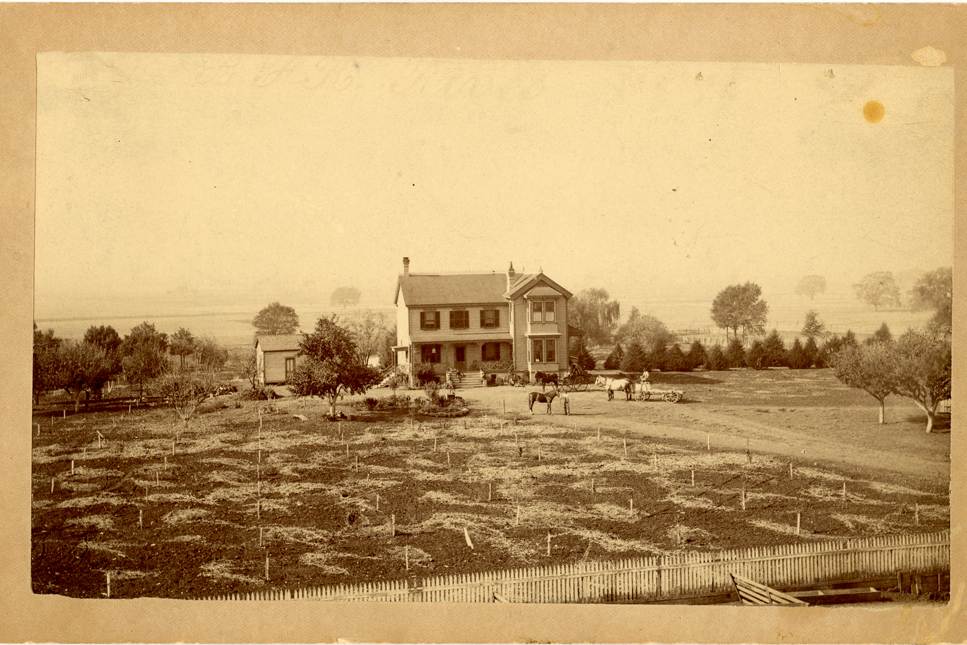 From the home where John Muir once lived to one of the oldest former wineries in northern California, Concord and the surrounding cities are full of fascinating places with a historic significance.

From the home where John Muir once lived to one of the oldest former wineries in northern California, Concord and the surrounding cities are full of fascinating places with a historic significance. Local history societies and community groups work diligently to preserve and promote these unique homes, landmarks, and other destinations for today’s visitors and future generations to enjoy. The next time you come to Concord, add a few of these historical gems to your travel list.

The Concord Historical Society beautifully restored the 19th-century Galindo Home, which now serves as the society’s museum. The influential Galindo family, members of which intermarried with the Pacheco family (more on them below), were some of the original Spanish settlers of present-day Concord. As one of the first and only Victorian-style homes in Contra Costa County, the Galindo house is open for full tours on most Sunday afternoons and by appointment. The surrounding gardens are open to visitors to stroll around at their leisure.

The Don Fernando Pacheco Adobe located in northern Concord is the city’s only landmark to be listed on the national, California and Concord historical registers. Pacheco built the adobe home in the 1850s as the family residence and center for their ranching activities. The Concord Historical Society provides information about this pioneering Bay Area family and their Concord homestead, as well as walking tours that include the Pacheco adobe.

Design aficionados and architecture enthusiasts will love exploring the Eichler-style homes around Concord. Concord boasts the Bay Area’s third-largest concentration of Eichler houses, whose mid-century style of architecture was popularized during the postwar suburban housing boom. It features one-story floor plans, flat roofs, exposed beams, plate glass, and casual indoor-outdoor living spaces. About 175 Eichler homes can be spotted in three Concord neighborhoods, most notably in Rancho del Diablo. Visitors can scout the houses on their own or join a Concord Historical Society Walking Tour to visit some of the homes (along with other historical sites in the city).

Situated in the heart of downtown Concord, directly across the street from Todos Santos Plaza, this square gets its name from Don Salvio Pacheco, one of the original Spanish land grant owners in Contra Costa County. In 2018, Concord unveiled a seven-foot statue of Don Salvio Pacheco at the Grant Street entrance of Todos Santos Plaza to commemorate the city’s founder. Today the square is the downtown hub of Concord, bustling with restaurants, bars, and shopping.

World War II’s worst domestic disaster happened right on the San Francisco Bay at Port Chicago, a naval port north of Concord. On July 17, 1944, 320 sailors and civilians died when the ships they were loading with ammunition and bombs suddenly exploded. Most of them were African American, since the United States Navy was segregated at the time, and the tragedy prompted a trial and mutiny that were instrumental in desegregating the Navy. The memorial, housed in the Concord Naval Weapons Station, honors those who lost their lives and plays homage to the vital role of Port Chicago in WWII.

Just north of Concord in Martinez sits the former home of America’s most famous and beloved naturalist. Known as the “Father of the National Park Service,” John Muir, a native Scotsman, was an intrepid traveler and conservationist whose writings were instrumental in persuading the federal government to create national parks including Yosemite, Grand Canyon, Mount Rainier, and Sequoia. Entrance to the National Historic Site is free, and you can explore the visitor center, hike around nearby Mount Wanda, and join ranger-led tours to really get into the Muir spirit.

Just down the road in the hamlet of Clayton, the De Martini Winery is a living vestige of the early European settlers who came to the Concord area. Joel Clayton first planted vineyards and constructed a small winery and sherry distilling house here in the mid-19th century. His heirs eventually sold the 43-acre property to Italian emigrant Paul de Martini. The winery was placed on the National Register of Historic Places in 1984, and in 1988 the Clayton City Council purchased the property and renovated it into a modern civic center. Even so, much of the original building is intact, with the old beams, stone walls, and wooden floors the same as they were decades ago.

In nearby Pleasant Hill, the locally influential Rodgers family established their 38-acre property with a ranch, homestead, and barn. The heirs sold the ranch in 1915, and over the next 70 years, it passed through various owners. The Pleasant Hill Historic Society took ownership in 1987 in order to restore the buildings and convert the space into a local heritage park. They’ve renovated the ranch house and barn and opened the space for community gardens, educational events, and agricultural workshops.

Written by Jenna Herzog for Matcha in partnership with Visit Concord.