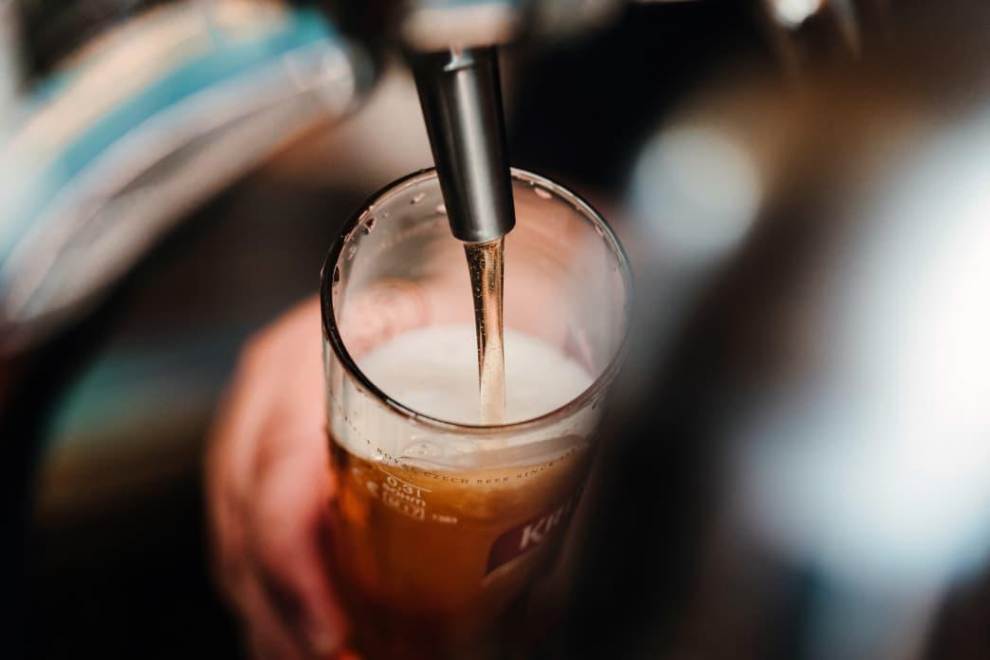 Concord, California, prides itself in supporting entrepreneurs looking to stake their claim in the craft beer world. Here are the innovative breweries and taprooms that are the cultural drivers in the community—and must-stop spots for visitors.

The days of California being known solely for winegrowing are long gone. When it comes to crafting (and consuming) adult beverages, California is a leader in the beer category as well. In fact, according to the California Craft Brewers Association, American craft brewing got its start in the Bay Area, when washing machine heir Fritz Maytag purchased San Francisco-based Anchor Brewing in 1965 (according to some media reports, for the price of a used car). Early pioneers of the artisanal beer revolution like Sierra Nevada and New Albion Brewing Co. also put down roots in the Golden State during the 1970s and ’80s.

Along with several other East Bay Area cities, Concord prides itself in supporting entrepreneurs looking to stake their claim in the craft beer world. The city recognizes innovative breweries and taprooms as positive economic and cultural drivers in the community, as well as excellent attractions for visitors.

Take, for instance, Epidemic Ales, the latest brewery to open in Concord. Erin Shally, one of the six partners in the business, jumped at the opportunity to take the group’s homebrewing public. They chose Concord because of a supportive city government, plenty of space to grow in the market, and, most of all, a community full of restaurants, bars, and consumers with an established thirst for creative beers.


“The City of Concord officials and staff realize the importance of helping breweries like ours succeed because it brings people from all over the Bay Area to our city,” Shally said. “We would love to see more breweries and taprooms open up because we can envision Concord becoming a craft beer destination in the next few years.”

For now, visitors can experience the unique offerings of Concord’s burgeoning craft beer culture by checking out the Concord Beer Trail, annual events, and, of course, visiting the city’s tasting rooms to raise a glass to all that’s happening.

The Concord Beer Trail: Your Ticket to the Local Scene
The Concord Craft Beer Trail highlights two local breweries and two taprooms that introduce visitors to the local beer scene. Enjoy pints, tasting flights, and food at your leisure, earning stamps from each location in a Beer Trail passport along the way. Pick up your passport and reusable Beer Trail cup at the Visit Concord office, at one of the participating Breweries/Taprooms then bring it back with the completed stamps to select from available prizes. Take a picture of you and your stamped beer passport, upload it to this link and enter to win awesome beer prizes!

Epidemic Ales: Born and bred in Concord, Epidemic Ales is the brainchild of six local home brewers who decided to make the leap from passion project to small business. With a campy world-is-ending, zombie apocalypse vibe, the brewery and taproom boast a fun, laid-back vibe, and come summertime the dog-friendly patio is ideal for an afternoon cold one with a game of corn hole. Year round, Epidemic Ales keeps it lively with visiting food trucks, collaborations with other Bay Area breweries, and new beer release parties. It’s also hard not to see the Epidemic Ales name around town, as they regularly participate in community events and charities. When visiting this fun warehouse brewery, try the expertly blended Affliction Amber Ale or the uber-rich Nightshade, a bourbon barrel-aged vanilla stout.

E.J. Phair Brewing Company: The E.J. Phair Concord Alehouse is the company’s original brewpub (it has since expanded with a modern brewing facility in nearby Pittsburg), and it remains a welcoming place for beer aficionados to sample award-winning ales and lagers. And with such a cozy, no-frills atmosphere right in Todos Santos Plaza, it’s almost impossible not to pop in for a pint. From their cheekily named flagship beers, try the ever-popular Ditzy Blonde Ale or the Facepuncher IPA, with a classic West Coast hop profile and kicky 6.6% ABV. The alehouse pours E.J. Phair’s seasonal creations, along with an impressive list of guest beers on draft and in bottles. Hit-the-spot pub favorites like burgers, nachos, jaegerschnitzel, and chicken wings pair nicely with just about any beer on the menu.

Centrally located in Concord’s bustling Todos Santos Plaza, The Hop Grenade offers a friendly atmosphere for sampling exceptional beers. The team is passionate about its craft beer—and even more passionate about sharing that love with patrons. It stocks the continually rotating taps with an eclectic mix of superior artisan beers from across the country, with a heavy emphasis on brews from California and the greater Bay Area in particular. The shady patio is ideal for relaxing with a cold pint on warm summer days, and the food options—gourmet flatbreads, locally sourced sausages, and slow-roasted BBQ sandwiches—are hands-down winners, too.

Heralded as a community gathering place, the Concord Tap House in midtown serves up beer, wine, and bites in a laid-back atmosphere. The 24 rotating taps feature unique, high-quality craft beers and ciders, focusing on local and Pacific Coast breweries. CBO (Chief Beer Officer) Tony Fredericks continually scouts the region for the newest artisanal creations and under-the-radar breweries to showcase on an upcoming keg. Despite the Tap House’s obvious love affair with beer, wine drinkers haven’t been forgotten here. Oenophiles can choose from a 14-selection by-the-glass list featuring mostly California regions, some of which also are available in tasting flights and by the bottle. And a recently updated menu of bar eats with a global twist—think lumpia and tempura shrimp alongside tater tots and German sausage—keeps bellies as full as the glasses at this spot.

Each year brings another round of fun events to downtown Concord, and those celebrating all things beer are always among the favorites. Known as one of the Bay Area’s best craft beer fairs, the annual Spring Brews Festival celebrates its 10th year in March 2019. Hosted by Concord-based podcast The Brewing Network, this outdoor festival features unlimited tastings from more than 60 craft breweries, along with food vendors and live music in Todos Santos Plaza.Come fall, Concord joins the worldwide beer jubilee with the city’s very own 2nd Annual Oktoberfest. Todos Santos Plaza is transformed for one weekend each October, with a full-fledged beer tent and German traditions like strongman contests, live music, dancing, and authentic food.It’s not hard for visitors to fall in love with the rising craft beer scene in this down-to-earth East Bay city. And thanks to ever-growing community support for the artisanal brewing movement, Concord locals and visitors have plenty of ways to fill their pints for years to come.

Check out the Contra Costa County Beer Map - your guide to breweries and tap houses around the region.