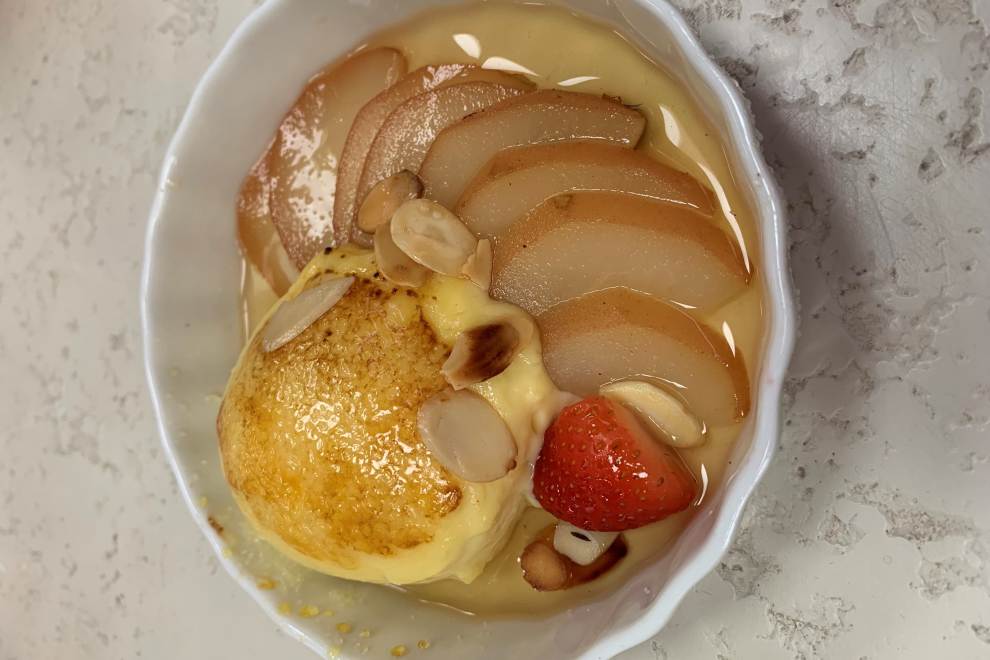 You may not know his name yet, but Concord, California's newest food star is about to shake things up.

Fresh out of Denver, Colorado, Derek Elam is the new Executive Chef at Vineyards, the Crowne Plaza’s flagship restaurant. With the hotel about to undergo extensive renovation in 2020, management saw opportunity to elevate their restaurant as well, and recruited Elam for the starring role.

“Derek and I worked together in Denver and his talents are well-recognized within the industry,” said Chris Mellini, General Manager at the Crowne Plaza. “I am ecstatic that he made the move to Concord and look forward to watching him work his magic for our guests and community here.”

The North Dakota native has been a fixture in the restaurant industry since the age of 14, starting out in kitchens as basic as mom-and-pop Chinese diners and chain eateries. In 2005, Elam moved to Fort Collins, Colorado, where he made his way into fine dining culture and started to develop a real passion for the food and recipes he created. Inspired to further develop his skills, he enrolled at the acclaimed Cook Street School of Culinary Arts in Denver where he learned the nuances of French and Italian cooking, with an emphasis on wine pairings. While attending culinary school, he also worked full-time as Sous Chef for a large, local restaurant and brewery.

From there, Elam made the transition from restaurants to hotels at the start of a two-year apprenticeship under Chef Giovanni Lanzante; a change that he loved. “I like the way hotels have so many moving parts to them,” he says. “A hotel chef must manage large banquets, a restaurant, in-room dining and the employee café, all at the same time. It’s a lot, but it’s also fun and rewarding.”

Elam followed Lanzante to the Denver Sheraton as his Sous Chef and eventually rose to the top position of Executive Chef. It was there that he also got to know Chris Mellini, the hotel’s GM at the time. About a year after Mellini took the helm at the Crowne Plaza in Concord, he called Elam to see if he would be willing to come to California as the hotel’s new Executive Chef. He accepted the offer and has been earning rave reviews from hotel guests, senior management, and local diners alike since his arrival in October 2019.

While he promises to keep some of the restaurant’s tried-and-true favorites, Elam also plans to incorporate some of his own creations into the menu and daily specials. For Concord’s Comfort Food Week, this January 17-26th, diners can look forward to a “little taste of Colorado” with one of Elam’s signature, to-die-for dishes, Green Chile Shrimp and Grits:

“Step into any diner, taqueria or steak house in Colorado and you will see ‘green chile’ on the menu. It’s a Colorado staple. I put it together with traditional shrimp and grits and the components just come together perfectly,” says Elam. “Also, being from the Midwest, I have a love for beef. Another dish for Comfort Food Week will be my take on Pot Roast, which consists of braised beef, purple potato chips, cremini mushrooms and cherry tomatoes, covered with pureed overnight braising liquid and garnished with a focaccia crisp.”

Elam says he enjoys his new position and looks forward to his first Restaurant Week in Concord this January. “We are really looking forward to having everyone here at Vineyards restaurant for Comfort Food Week and can’t wait for you to try some of our favorite dishes. We promise you won’t be disappointed!”