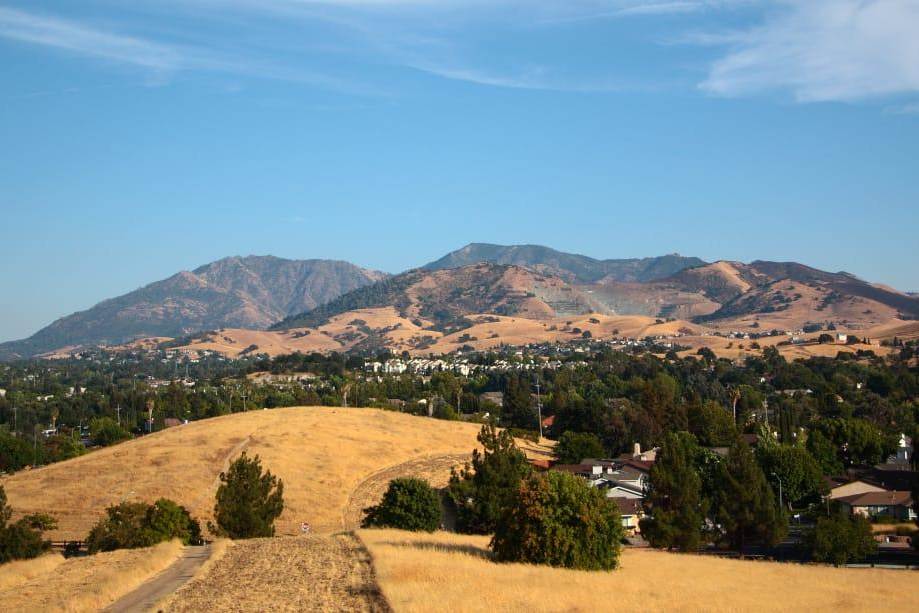 Picnics at Mission Dolores Park, dog walks at the Presidio, brunch dates in Dogpatch: There’s no doubt that my weekends in San Francisco have their allure.

But every once in a while, I start craving a break from the routine. Surrounded by the collection of vibrant cities that make up the Bay Area—each one boasting its own unique flair—San Franciscans don’t have to search far for a worthwhile staycation.

When I’m itching to leave the bubble of city life for a weekend trip in a refreshingly under-the-radar Bay Area spot, I point my compass east toward Concord. This city of 128,000 people lies just 30 miles east of San Francisco in the shadow of Mount Diablo, one of the highest peaks in the Bay. With warmer summers and milder winters than San Francisco, Concord strikes me as an appealing getaway from Fog City’s, well, fog. Pair that with a thriving arts and music scene, a burgeoning foodie culture and no-fuss access to the outdoors, and it’s easy to see why this casual East Bay city deserves a visit.

Here’s how to make the most of your Concord staycation.

Nestled in the foothills of Mount Diablo State Park, Concord offers easy access to the park’s extensive hiking, equestrian, and mountain biking trails. The views from the mountaintop spread out 360 degrees, unfurling northern California’s peaks and valleys for hundreds of miles on a clear day. For me, Mount Diablo stands out for having some of the best rock climbing in the Bay Area as well as destination-worthy road biking—especially for cyclists eager to tackle the 3,750-foot climb up North Gate Road to the summit. You’ll also find campsites there if you want to spend the night under the stars.

For a quality outdoor fix even closer to town, I usually opt for an afternoon in the Lime Ridge Open Space. This 1,220-acre park provides public access to 25 miles of hiking and biking trails through wild chaparral on the prominent ridgeline leading up to Mount Diablo. I’m always happy to get outdoors without spending hours behind the wheel, so I appreciate that Lime Ridge has several trailheads just minutes from downtown Concord.

The city also boasts a collection of welcoming outdoor spaces to enjoy the fresh air within its boundaries. The 16-acre Markham Nature Park & Arboretum hosts nature walks that introduce visitors to the diverse native trees of northern California—perfect for people like me who want to brush up on their local botany. Meanwhile, public parks like Newhall Community Park, Hillcrest Community Park, and Ygnacio Valley Park offer plenty of open space for sports, dog walks, picnics and swimming.

Like many of the cities in the San Francisco Bay Area, the diversity of Concord’s people is reflected in the diversity of its food. Whether I’m craving Peruvian, Afghan, Salvadoran, or Korean, I know I won’t have to search hard for an authentic meal served with equally genuine hospitality in Concord.

Concord’s up-and-coming craft beer scene should be the focal point of any San Franciscan’s staycation. Always first on my list: The Hop Grenade taproom in downtown. This modern taproom and bottle shop will impress even the hardiest of craft beer aficionados (myself included), thanks to its knowledgeable staff and ever-changing menu of microbrews from across the country. After perusing the taps at Hop Grenade, I like to sample the local creations at Concord’s own craft breweries: E.J. Phair Brewing and Epidemic Ales. The Concord Tap House is also another great spot to relax with a craft beer or local wine—and it has an impressive menu as well.

If you’re hungry, consider a stop at Brasas Do Brazil Churrascaria, a Brazilian steakhouse that features a wide variety of meats served tableside. It’s just one of many Concord restaurants top choose from for a night on the town.

Downtown Concord revolves around Todos Santos Plaza, where the lively, friendly atmosphere makes it my top choice for getting to know the community. Farmer’s markets, free summer concerts, and plenty of nearby restaurants and shops keep the plaza bustling with action all year long.

A slightly off-the-beaten-path destination I highly recommend is the John Muir National Historic Site just north of Concord. Widely celebrated as the country’s foremost naturalist writer, Muir helped protect natural wonders like Yosemite, the Grand Canyon and California’s giant Sequoia groves as national parks. Tour his former home (free admission) and learn how Muir became known as the “Father of the National Park Service.” It gave me a whole new appreciation for the parks we cherish here in California.

From almost any corner of San Francisco, it’s typically an hour’s drive to downtown Concord. The most direct route along I-80 east to CA-24 east and I-680 north makes for a pleasant ride out of the city and into the quieter suburbs of the East Bay. For those who prefer to leave the car at home (or who don’t own a car), BART has two convenient stops in Concord. The Concord station is situated just two blocks from the heart of downtown, while the North Concord/Martinez station lies a few miles farther north.

Finding somewhere to stay during an overnight trip to Concord is pleasantly uncomplicated. The city’s nine hotels offer options in every price range, including many of the names that travelers know and trust, like Hilton, Crowne Plaza, Best Western, and Clarion.

But even if you’re coming for just the day, a trip to Concord is a welcome getaway that’s a unique option amid the bustling San Francisco area. It may be a short distance away, but the experience will be one to remember.

Written by Jenna Herzog for RootsRated Media in partnership with Visit Concord.