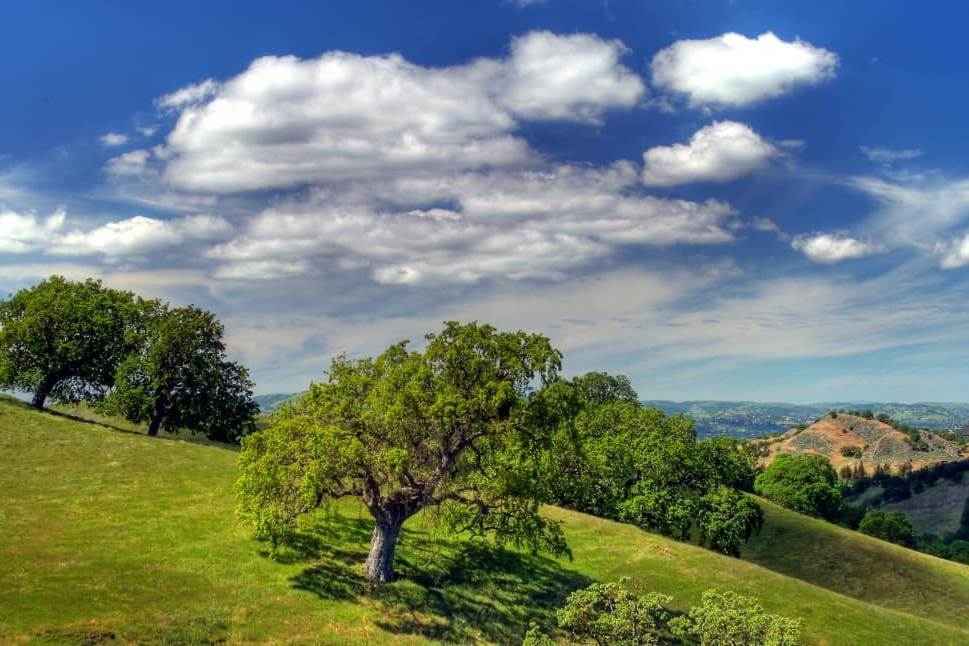 Nestled in the outdoor playground of the East Bay in Northern California, the city of Concord appeals to locals and visitors alike.

With easy access to Oakland, San Francisco, Napa Valley, and Sonoma, an extraordinary culinary scene, a booming beer culture, and enviable geography, Concord has become a popular destination for foodies and outdoor enthusiasts. Indeed, whether your ideal agenda includes rigorous adventures like tackling the summit of nearby 3,849-foot Mount Diablo (the highest peak in the Bay Area, a must-do for ambitious hikers) or more urban pursuits like shopping and dining, you’ll find it here.

Friendly locals are happy to share insider secrets about their city’s many delights, and after a visit, you might just want to become a local, too. To get you started, here are seven reasons why Concord should be on your Bay Area travel radar.

1. The Bay Area’s Highest Peak in its Backyard

Just 7.7 miles from downtown Concord is one of the celebrated landmarks of the Bay Area: Mount Diablo. Summiting its 3,849-foot peak is a bucket-list item for many local outdoor lovers, and you’ll get quite a quad burn on the nearly 12-mile loop trail. (Tip: Come during the spring, when wildflowers flourish on the mountain!) Visitors also can drive to a parking lot near the summit and hike a one-mile route to the top.

For bike-loving locals and visitors, Concord is a prime spot to get in the saddle. Its bike-friendly infrastructure is steadily expanding, thanks to the efforts of groups like Bike Concord, which launched in 2014 and has helped bring more bike lanes, safety initiatives, and awareness to the city and beyond. Outside the city, one can’t-miss place to ride is the Contra Costa Canal Trail, a flat, nearly 23-mile path that runs through several towns and parks, including Pleasant Hill (Las Juntas Park), Walnut Creek (Larkey Park and Heather Farm Park), and Concord (Lime Ridge).

The trail, which is open to runners, cyclists, and equestrians, connects to several regional trails, including the California State Riding and Hiking Trail, Briones-to-Mt. Diablo Trail, and the Iron Horse Trail. It will eventually connect with the Delta De Anza Trail when it is completed to the nearby town of Martinez. Meanwhile, the 32-mile, multi-use Iron Horse Regional Trail connects Concord to the city of Pleasanton. Mountain bikers will find lots to rave about, too, including plenty of open space (and legal riding) in places like Lime Ridge.

Northern Californians are known for being an unabashedly outdoors-loving bunch, and Concord locals are no exception: They cherish getting close to nature in the many parks and open spaces the region is blessed with. Join them to gawk over views of the Diablo Valley at Briones Regional Park, which also has a trail to Diablo Foothills Regional Park—another local favorite.

At the 6,000-acre Black Diamond Mines Regional Preserve, which was at one time California’s largest coal mining operation, nature puts on a spectacular show, with vistas of grasslands, pepper trees, and lilies, plus hiking trails and picnic spaces to soak it all in. For an easy way to get a dose of the outdoors, the Lime Ridge Open Space (between Concord and Walnut Creek) is accessible via various entry points. With a spiderweb of looped dirt trails, some flatter than others, this serene spot offers convenient access to nature just steps from downtown—perfect for a morning or a late-afternoon hike.

In 2018, Concord celebrated its 150th anniversary, and the century and a half since its founding has been marked by a wide range of historical drama. Originally named Pacheco, the town soon became known as Todos Santos, or "all saints" in Spanish. However, that name wouldn’t last long: In 1869, the town’s name was officially changed to Concord. Today, Todos Santos Plaza remains the town’s bustling epicenter, with lively retail shops and restaurants, music festivals, and other entertainment. History buffs won’t want to miss the Galindo House and Gardens, a Victorian mansion once owned by the Galindo family, founders of the town, and exquisitely restored by the Concord Historical Society.

While the epicurean hotspots of San Francisco and Oakland are an easy BART ride away, Concord boasts an impressive culinary scene of its own. There’s something to please every discerning palate, from traditional Afghan dishes to fiery Indian cuisine to artisan ice cream.

In addition, the excellent Concord Farmers' Market showcases fresh California produce for every season, from summer strawberries to winter squash, along with gourmet goodies from food vendors. In the winter of 2018, the city also announced its first-ever Concord Comfort Food Week, shining a spotlight on its growing culinary scene. The second annual event is scheduled for January 18-27, 2019.

Raise a glass to Concord’s growing beer scene, which boasts an ever-expanding beer trail that attracts the interest of beer geeks from the Bay Area and beyond. A good place to start is Epidemic Ales, whose flights are served on a paddle that’s as long as a yardstick. Beers reflect the brewery’s tongue-in-cheek, end-of-times vibe, with names like Lager at World’s End (a crisp, refreshing brew that’s perfect after a summer day of hiking, or, well, the end of days) and the Zombrew IPA, described as one "you can really sink your teeth into."

Find craft beers from the E.J. Phair Brewing Company at its Concord Alehouse, which also features an extensive menu with favorites like a cranberry chicken salad, Jaeger schnitzel, and a spicy steak wrap, just to name a few. You’ll find its five flagship beers on tap, in addition to seasonal options. Shorty’s Revenge is an English Strong Amber Ale with huge malt body, while the Facepuncher is a well-balanced West Coast IPA.

The Hop Grenade is another notable player on the scene, with a craft taproom, bottle shop and live radio station that focuses on—you guessed it—beer. Its outdoor patio is a sublime spot to soak up unique brews from Bay Area breweries (a recent crowd-pleaser on tap was Barebottle Brewery’s LeBron Tears, a not-so-subtle jab at Cavaliers star LeBron James after the Golden State Warriors swept Cleveland for another NBA championship).

Despite widespread misperception, the vast majority of the wineries and vineyards in Napa and Sonoma counties were unaffected by the devastating wildfires during fall 2017—and they’re more eager for business than ever. Concord is a convenient home base for a day trip: Downtown Sonoma is about a 45-minute drive away, and getting to downtown Napa will take you a mere 30 minutes, with dozens of wine growing regions within easy reach from both spots.

Another easy-to-reach but off-the-tourist-track wine destination where you’ll likely be mingling with locals in tiny tasting rooms? Suisun Valley, located about 30 miles north just off I-680, is a small, family-owned winery with bucolic landscapes that make for a day of breezy tasting—and a fitting way to raise a glass to Concord.

Written by Blane Bachelor for RootsRated Media in partnership with Visit Concord.