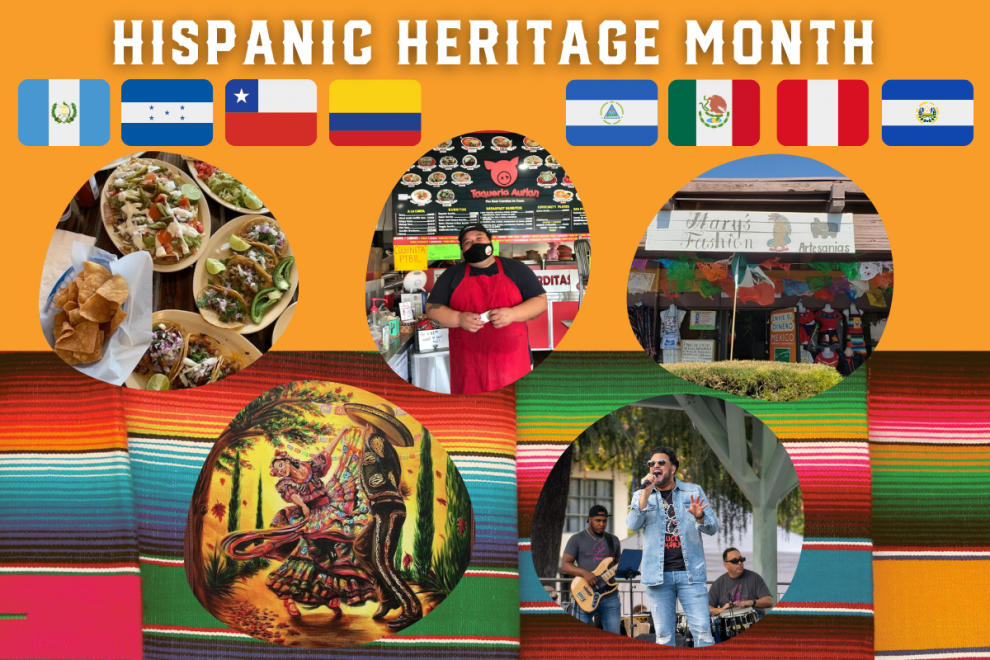 Get to know Concord's Hispanic Community

In honor of Hispanic Heritage Month, September 15-October 15, 2021, here's a look at some of the history, people, places and cuisine that make up Concord's vibrant Latino community:

Don Salvio Pacheco and his family established their village of Todos Santos in what was then Mexican territory. Despite ceding his land to the stars & stripes banner, he couldn’t have foreseen the transformation of his village. Now, Concord sits at the edges of the global hub for “innovation”. From the Gold Rush miners, to social revolutionaries and protestors, to the monoliths of Silicon Valley. His village’s population has ballooned to 300,000, drawing a cosmopolitan populace even further south than Pacheco’s Mexico.

33% of Concord residents identify as Hispanic. However this statistic doesn’t capture the diversity of identity within. From Mexico, to El Salvador, to Peru, Concord’s Hispanic population brings their culture to this nexus. They interact, share, and transform their culture. Outsiders are offered a lens into identities detached from their geography, often challenged, but never overpowered. Hispanics adapt to their new surroundings, unveiling a distinct “Hispanic-American” identity.

Local artist Aresenio Baca embodies the resilience, novelty, and tenacity of the Latin-American community in his sobering works. They depict often overlooked Hispanic historical figures. His art links the Hispanic-American from Latin America to the US, ensuring these figures remain in the collective consciousness.

Baca’s portrait of revolutionary Emiliano Zapata epitomizes Baca’s own revolutionary spirit, a parallel with the community at large. Baca writes in his blog:

We are all capable of incredible feats if we put our heart and soul into what we are trying to achieve. I always wonder if they would call me talented still if they were able to see the years I spent locked in my room practically going crazy with self-doubt, frustrated that I couldn't make my work look like what I saw in my head, or when I would go through weeks, sometimes months without a single creative thought. What you see in my work is the culmination of years of never giving up. Despite failure after failure I continued to keep practicing my craft because I decided to not give myself any other option.

Baca delivers the legacy of Hispanic history to new generations, who may be long removed from their geographic homeland. While lessons on the Gold rush miners are imbued into the history lessons at school and the Bay Area identity, Baca unshrouds Mayan Calendar, Native American leaders, and meso-American temples. Straying from the norm, he presents them not as foreign novelties, nor as distant cultural markers of a people subdued by the “stronger” tides of history. 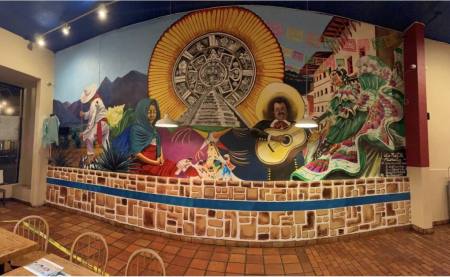 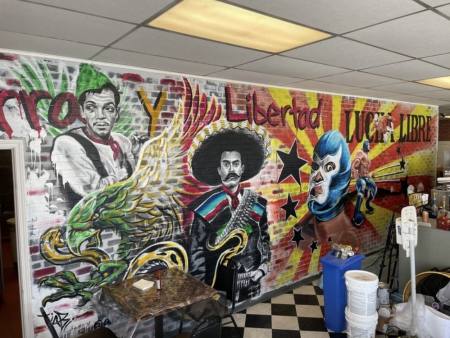 In a word, it is empowering. It is empowering to remember Hispanic History is thorough, rich, and extensive. It is empowering to have a personal legacy, an alternative to the ubiquity of American symbols plastered across every bit of life, from sports teams names (49ers), to cities named after their modern founders (Fremont, Danville, Alamo). It resonates to see figures they resemble, sharing the same skin, background, and ideas. It solidifies the abstract and fluid “Hispanic-American” identity.

Decadent cuisine springs to mind when thinking of Hispanic-American culture. Concord’s Taco Trail, with 39 restaurants, showcases the best of the city. Yet, Mexican cuisine stretches beyond the popular American favorites of tacos, burritos, enchiladas, and nachos. Mexican restaurants only scratch the surface of “Mexican food”. Even within tacos, the variances in the cuts of meat offer a lens into the cultural value of food and native Mexico. For example, lengua (cow tongue) is a popular option in Mexico and worth the surcharge it's often accompanied by. Chile verde blends the spiciness of green salsa with soft and rich pork.

Taqueria Autlan, specializing in carnitas, also dishes out Cochinita Pibil from the Yucatan peninsula, exhibiting the versatility of slow-cooking pork. Cochinita Pibil is marinated by oranges, lemons, annato seed, and wrapped in banana leaves before it is slowly roasted. Enjoy it by itself, embracing its subtle spiciness, or as a familiar taco.

Canasta Kitchen serves a huarache, an oblong masa tortilla with smashed beans and topped with meat and the typical zesty variety of garnishes like cilantro, onions, salsa, and cheese.

Finally, and most exotic, are chapulines, or grasshoppers. Don’t let reactionary & reflexive disgust write off this ancient Aztec snack. Popular in the state of Oaxaca, the grasshoppers are roasted and lightly seasoned with lime juice and salt, accompanying their natural nuttiness with citrus. Hard to find in the US, but intermittently available at Los Rancheros Market. Welcome the centuries-old culinary staple.

Besides Mexican food and culture, Concord is home to the Bay Area’s largest Peruvian population. Local restaurants Lima and Inca Grill serve the Peruvian specialty, lomo saltado, meat stir fried with onions, French fries, soy sauce, and served with a side of rice.

Central Americans have found their home in Concord as well. Restaurante El Salvador in Downtown Concord, also often setting up at Music & Market, doles out the signature Salvadoran dish of pupusas. These thick handmade flatbreads are stuffed with cheese, vegetables, and/or meat. Savor the signature dish of El Salvador and Honduras.

Street vendors, usually limited to fairs & festivals in the US, are a staple in Hispanic communities. Here along the Monument Corridor, they dole out their treats, becoming a near-revered figure, especially to children. Although they don’t have a fixed location, their mobility expands their influence, and their mere presence becomes a reliability . Hispanics can rely on the vendor to appear in their neighborhood or set up shop in the same general area. Physical limitations of storefronts do not hinder Latinos from creating business and community.

Nothing channels the Latin American spirit like music & dance. The graciousness and passion of salsa; the intensity & theatrics of mariachi; or the buoyancy and rhythms of reggae. At Concord’s Music & Market, Bay Area musician and Nicaraguan Carlos Xavier graced the city with his fusion of hip-hop, rock, gospel, blues, and Latin pop. Residents succumbed to the dancing fever. That evening, Todos Santos Plaza transformed into a clustered whirlwind of fervent bodies swinging & swaying. 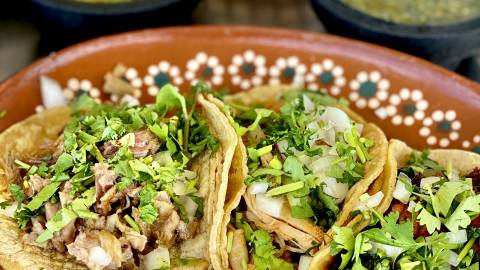 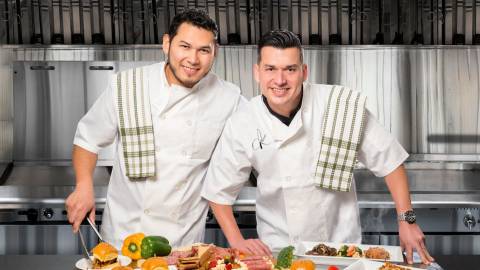 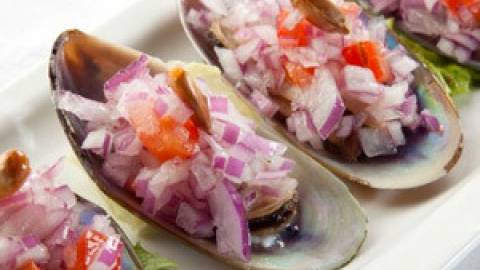 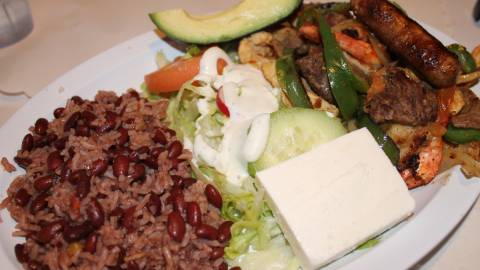